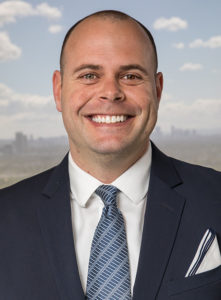 Daniel DeHerder earned his Juris Doctorate from Loyola Law School in 2007.  While in law school, Daniel served on the editorial board of the Loyola Los Angeles Law Review.  He graduated in the top 15% of his class and was a Dean’s Scholarship Recipient.  Daniel received the First Honors Award in Constitutional Law for achieving the highest grade in the course and is a Sayre-MacNeil Scholar.

Prior to joining Gilbert & Stern, Daniel worked in the litigation departments of some of the largest national law firms.  Daniel was admitted to the California State Bar in 2007.  He is admitted to practice in the Southern, Central and Northern District Courts of California as well as United States Court of Appeals for the Ninth Circuit.

Daniel is an avid traveler and amateur wildlife photographer.  He enjoys reading, cooking and spending time with his family and friends.