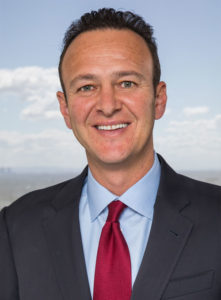 Morris Stern has extensive experience in civil litigation, specializing in personal injury matters. Morris has resolved hundreds of six and seven-figure cases. Before founding Gilbert & Stern, Morris worked at two prominent personal injury defense law firms in Los Angeles. He now uses his knowledge of defense tactics to advocate on behalf of his clients. Morris earned his Bachelor of Arts in Political Science from the University of California, Irvine.

Morris received his Juris Doctorate from Southwestern University School of Law in 1998. While in law school, Morris was a member of the Interscholastic Trial Advocacy Team. He was also a judicial extern for Justice Earl Johnson, Jr., of the California Court of Appeal. Morris was admitted to the California State Bar in 1998. He is also admitted to practice in the Central District Court of California, as well as the United States Court of Appeals for the Ninth Circuit.

In his spare time, Morris works with the Big Brothers and Big Sisters organization “Littles in Law,” where he works with underprivileged teenagers who have demonstrated an interest in the legal profession. He is also a member of CAALA, the Consumer Attorneys Association of Los Angeles and the Los Angeles County Bar Association.

Morris has been rated as one of the top personal injury attorneys in Los Angeles and was recognized by Super Lawyers in 2016.